For the preparation of the first tests the prototype which is shown in the figure below was used, propelled by an electric engine and with unbalanced burden.

These prototypes were designed by Benavente. 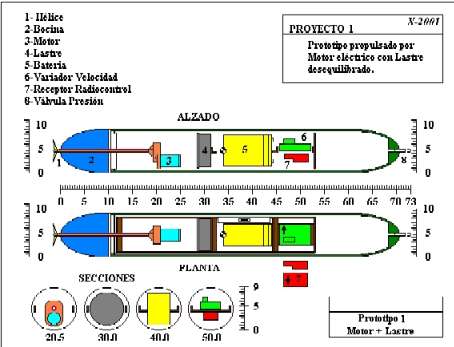 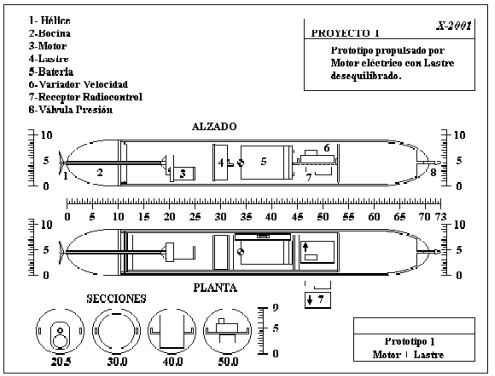 The investigations related with the Theory of Dynamic Interactions as explained on this web page have been financed by the society “Advanced Dynamics, S.A.”, which owns registers of patents based on the theory.