A scientific theory elaborated by European researchers proposes a cosmology based on a new relationship between orbiting and rotation. It has applications in astronautics, nuclear fusion and the interpretation of weather phenomena such as tornadoes. 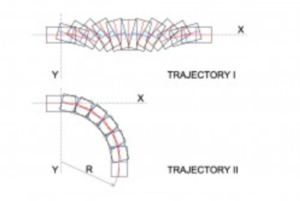 The Universe will not necessarily expand forever, but it rotates continuously, in a stable and harmonious equilibrium, according to a new scientific theory that proposes keys to a better understanding of the mechanics of the Universe.

The theory has been developed by a group of Spanish researchers over the last 35 years and has now come to light through a series of articles published in scientific journals and a two volume book, “New paradigm in physics”, whose second volume has just been published. This theory’s hypotheses are sustained based on new criteria on coupling velocities and rotational inertia.

The research analyses the behaviour of accelerating bodies to achieve a better understanding of why we live in a world with nights and mornings, with sunsets and sunrises. Its starting point is a new physical correlation between bodies in orbit and the intrinsic rotational movements.

This correlation has yielded a mathematical expression, and its correctness has been experimentally verified during the course of this investigation. After the experimental tests, the researchers came to the conclusion that new general laws of behaviour can be deduced based on the analysis of the dynamic fields created.

This research is consistent with Einstein’s theories for rotation and does not challenge Newton’s laws. It proposes a mechanics, which is complementary to Classical Mechanics, specifically for systems accelerated by rotations. It also constitutes a rational development of the Theory of Relativity.

These new concepts shed light on the Theory of Dynamic Interactions (TDI), a new dynamic model for non-inertial systems with axial symmetry, which is based on the principles of the conservation of measurable quantities: the notion of quantity, total mass and total energy.

This Theory conceives a rotating Universe which is in continuous equilibrium and in which a moment or a pair of forces will generate, while acting, a permanent orbital movement, in a closed and flat trajectory. This system also conserves the initial intrinsic rotation, thus generating a Universe that rotates continuously in stable dynamic equilibrium, in harmony, and not necessarily expanding forever.

The dynamic model of the TDI also justifies a view of the Universe in which galaxies and systems tend to develop into flat structures. The new scientific theory can finally transform understanding of the nature of the atomic structure, since the application of the new concept of rotational magnitudes that is described can affect the dynamic reactions that occur in the energy levels of the electron and, more particularly, on the concept of spin. These are proposals of this new theory that deserve to be analysed and tested. Practical applications

This research may have many technological applications in the control of movement, in astronautics, in nuclear fusion plants or in the interpretation of weather phenomena with rotating fluid masses, such as typhoons or tornadoes.

It is also especially interesting to consider in Physics the exploration of accelerating non-inertial systems, and highlight the need to develop scientific research projects for the evaluation and analysis of its postulates, as well as technological projects based on these hypotheses.